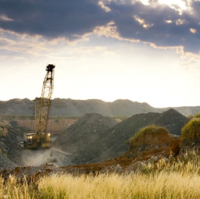 The Future of Coal in South Africa

South Africa uses coal extensively. It is one of the few countries that synthesizes gasoline and diesel from coal. Is there a future for the South African coal industry in a low carbon world?

To answer this question, industry and government developed a “Coal Roadmap”. Analytica was central to the success of the project –to model the evolution of the coal value chain under several possible futures.

The aim of the Coal Roadmap study was to explore short, medium and long-term actions needed to support the coal industry in maximizing its contribution to the economy, whilst ensuring the well-being of society and the environment.

The most pressing challenge was to resolve competing demands between Eskom (the national electricity utility) and exporters for coal from existing coalfields. This was exacerbated by looming coal shortfalls for existing power stations and the effect of political and regulatory uncertainty that has discouraged investment in new coalfields.

To provide the necessary insights, industry and government needed an in-depth quantitative analysis, with details of volumes and types of coal.

“Analytica is well suited for RDM because it can be easily configured to run many cases and save those cases to a database” (RDM World Bank Report, p. 14)

It was a formidable task to model the entire coal value chain, from mining and benefaction through to electricity generation, synthetic fuels production or export, and ultimately to assess the impact on the economy and environment.

“Initially, when we wrote the proposal we didn’t even consider attempting to build a complete model of the system. During the course of the project, however, detailed coal resource and reserve data became available, which allowed us to develop a complete coal supply side picture. Analytica allowed us to quickly build a detailed model of the coal value chain. This would not have been possible with a spreadsheet package.”

They used these drivers to define four distinct future worlds with very different implications for the coal value chain: 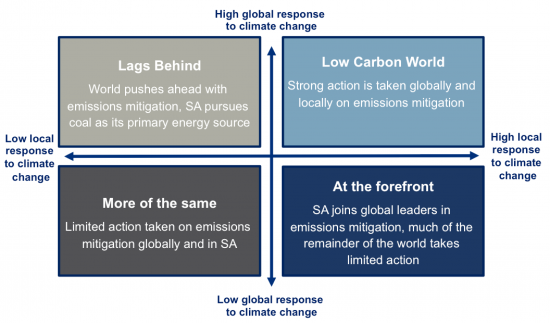 The model considered four qualities of coal, with supply modeled from each individual mine and project within each coalfield under each scenario. It modeled coal demand for each existing and planned power station, coal-to-liquids plant and for export.

Although complex, this was handled effortlessly by Analytica’s intelligent arrays, with the resulting model framework remaining simple

With this level of detail it was possible to show which power stations had insufficient coal supply contracts. In some cases it predicted shortfalls as early as 2015.

The Roadmap included actions to remediate this situation and ensure continued energy security. The model also found that exports would be constrained by rail infrastructure until the 2020’s.

Thereafter, both port and rail infrastructure will be underutilized, unless dedicated export-only mines are developed. This pointed to the need for early strategic planning to ensure that the country does not over- or under-invest in transport infrastructure. 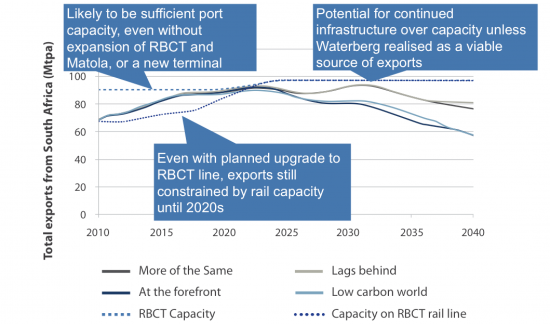 “Having the numbers to put on the table was invaluable in this project. Developing the Roadmap was a collaborative effort between the modelling team and stakeholders representing all parts of the value chain. These stakeholders often held differing viewpoints, which may have caused disagreement if it hadn’t been possible to clearly demonstrate the impact of assumptions using the model developed in Analytica.” 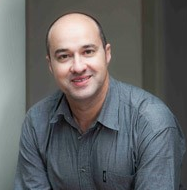 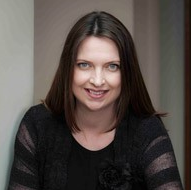 The Roadmap was developed as a collaboration of members of the coal value chain in South Africa, including the Fossil Fuel Foundation (FFF), coal producers, Eskom, Sasol, and the national Departments of Energy and Mineral Resources. 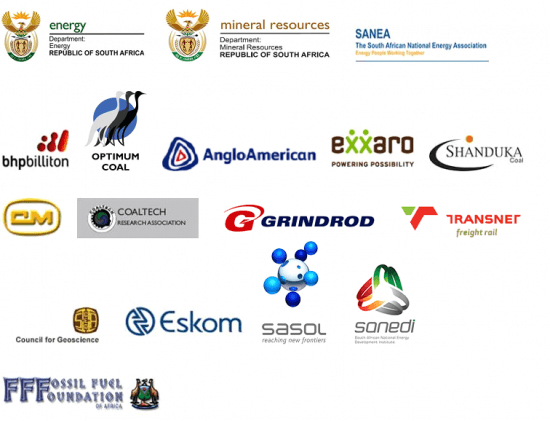